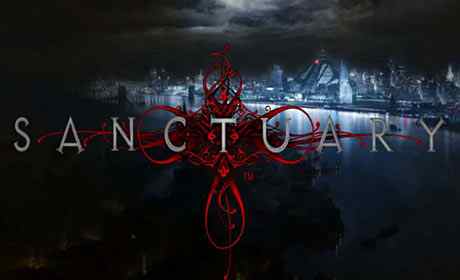 Since I’ve never had the pleasure of watching Sanctuary before, I didn’t know what to expect from the Season 4 Premier episode “Tempus.” Needless to say I was pleasantly surprised to find this character-driven program set in 1898 Victorian London was made all the more interesting with time travel and steam punk elements.

Robust characters enthralled me in this episode. What better way to highlight character growth by melding the future and the past. Going back in time was a great way of emphasizing the evolution of Dr. Helen Magnus (Amanda Tapping), Adam Worth (Ian Tracey), and John Druitt (Christopher Heyerdahl). Would you want to travel back in time and visit your past self? If you’re anything like future Adam or John, I highly doubt it since they’ve gone from one extreme to the next. But if you’re anything like Helen, well, watch the episode and let me know what you think. Pay strict attention, though, lest you get confused with the same, but different, past and future characters.

It’s hard to believe the fiery, future Dr. Helen Magnus is 160 years old, let alone a woman from the 1800’s. Yet one look at her modest, younger self sheds light on her future persona as a straightforward, audacious woman who remains true to her conventional Victorian sensibilities.

At all cost, Helen must not only prevent Adam from altering the future, she must be careful not to do so herself. Nevertheless, high drama ensues as Magnus, in hot pursuit of a distraught but determined Adam, travels back in time to stop him from altering history. Single minded in his mission, Adam vows to prevent his daughter Imogene (Margot Berner) from succumbing to the toxins of a deadly blood disease, no matter the far reaching, time altering, consequences.

Magnus must decide how to turn the situation around when she awakes and finds herself in jail. A bewildered, younger Dr. James Watson (Peter Wingfield) is summoned to retrieve her. At first, he is stunned by Magnus’ strange attire and “improper” speech. But he takes her back to the Sanctuary and finds out why she’s returned. Intrigued by all her strange gadgets, he finally deduces this Magnus is from the future. Did she fail in her endeavor to keep the timeline intact? No doubt, time traveling presents its own problems, but Helen becomes frightfully aware not all contacts with the past will be as pleasant as the one she experiences with James.

This strange world is inhabited by humans and abnormals, some of them quite dangerous. A scientist and slow-aging abnormal herself, Magnus’ mission is to continue her father’s lifelong work of providing a sanctuary where abnormals can be safe and humans protected. One such dangerous abnormal is Druitt, whose teleportation powers has rendered his attitude toward life more sinister than before. Can he ever revert back to his normal, loving self?

John’s relentless pursuit of Magnus makes her situation more dire, until she retaliates in a twenty-first century way by giving him an unexpected thrashing. Surprised at being bested by Helen, he teleports away, perhaps to lick his wounds, but more determined to resume his evil Jack-the-Ripper shenanigans. Will Druitt survive? On the other hand, how will this affect the timeline Helen so desperately wants to keep intact? Only future episodes will tell.

As the adventure continues, James becomes enthralled with what little future he’s been exposed to and begs Helen to use the knowledge now to help the sick. Refusing his request, she reminds him “the reason for the Sanctuary is to find unfortunate creatures to help and protect and to keep the public safe.”

Aware of the bleak future she’s left behind Helen has no intention of fiddling with the past, as she believes it will have a sinister impact on the world she must return to. But how can she return if her way of getting back has been destroyed? This is yet another wrinkle in the timeline she didn’t plan for. Repercussions might be the least of her worries when she does return and is faced with the ominous situation that’s transpired in her absence.

This is an enjoyable, fast paced, action filled drama with a learning curve that might be a bit steep for those viewers unfamiliar with this series. Lucky for you, there’s a plethora of past episodes available to help you get up to date.

This entry was posted in Movies, sci-fi and tagged amanda tapping, and adam worth., christopher heyerdahl, peter wingfield, steam punk. Bookmark the permalink.